The Logan River Academy students were treated to a celebration of music and dance Friday morning as a local high school show choir performed a variety of numbers.  Encore!, from Sky View High School in Smithfield, Utah, has performed their annual choreographed show at Logan River Academy multiple times now.  Encore! took the Logan River students on a musical time traveling experience as they performed hits from the beginning of the century to contemporary recording artists.  The group boasted talented individuals who performed solo dance and song numbers on top of the group performances.  The program was well received by Logan River Academy students and has come to be a traditional performance for the Encore! tour.  We appreciate the time and effort that the choir puts forth to go out of their way to perform for us at Logan River Academy and hope to continue this relationship in the future.

I am the biology and chemistry teacher at Logan River Academy, and on Friday, March 21st, I was able to take four students and a staff member to the local university to an event called Science Unwrapped.  This event is held once a month during the regular Utah State University semester.  The students attended a brief one hour lecture on isotope forensics.  The lecturer was the CEO of a company in Salt Lake City who studies isotopes to solve crimes, old and new.
After the lecture there were various demonstrations by science students, both undergraduate and graduate.  The Logan River students participated in the demos and talked to lots of people about science and new discoveries.   The demonstrations included radiation testing with Geiger counters, holding Madagascar hissing cockroaches, fingerprint testing, and racing colored food dye in vials of water of different temperatures.  We took an hour to go through all the demonstrations.   The kids were rewarded afterward for their outstanding behavior with an Aggie ice cream cone.  We hope to attend the final Science Unwrapped event of the year in a week.

The General Finance classes have been studying insurance:  health, life, renter’s and auto.  An agent from Farmer’s Insurance came to the school and talked with students.  He explained the details of automobile insurance and talked about some of the things students can do to protect their driving record and keep their insurance premiums low.  Students found this informative and interesting.

Each month Logan River Academy hosts a positive behavior party for those students who have not received any warnings or infractions for the month.  In February, the principal gathered the students who were eligible for the reward during JumpStart and offered them a few words of congratulations.  Then the party began.  The students socialized and ate donuts and chocolate milk (their treat of choice).  They also contributed their ideas for the next positive behavior party.  The students enjoyed hanging out together and having a break from their schoolwork.

Who to Cheer for?

A basketball at rest does not create a dilemma, but when the ball was put in motion on the last day of the term, the teachers at Logan River Academy had a predicament, namely, who to cheer for. There were two teams one could root for in this particular game: the old, flabby staff members who had never played ball together or the physically fit and well-practiced student teams.

The student teams had participated in the Smithfield Recreation Basketball League since the first Saturday in January.  The staff members had not practiced their basketball skills together.

As expected, the student body cheered their peers. The teachers were left with the question, "Who to cheer for"?

“The Kids”, affectionately named by their scorekeeping peers, came to the game with a very deep bench. They had five starters and another eight to ten players in reserve.  The kids were ready to show what they were made of.  The staff could boast a total of five starters and one bench player who was wearing jeans and someone else’s shoes.

The game was well matched and both teams spent time in the lead at various points in the game. The staff had strong rebound success and seemed to favor the fast break, while the kids relied regularly on three point shots and some strong key players. Help came for the staff late in the game with a shift change; the staff began to sign recruits and rallied for the win with the late team additions.

An Act of Kindness 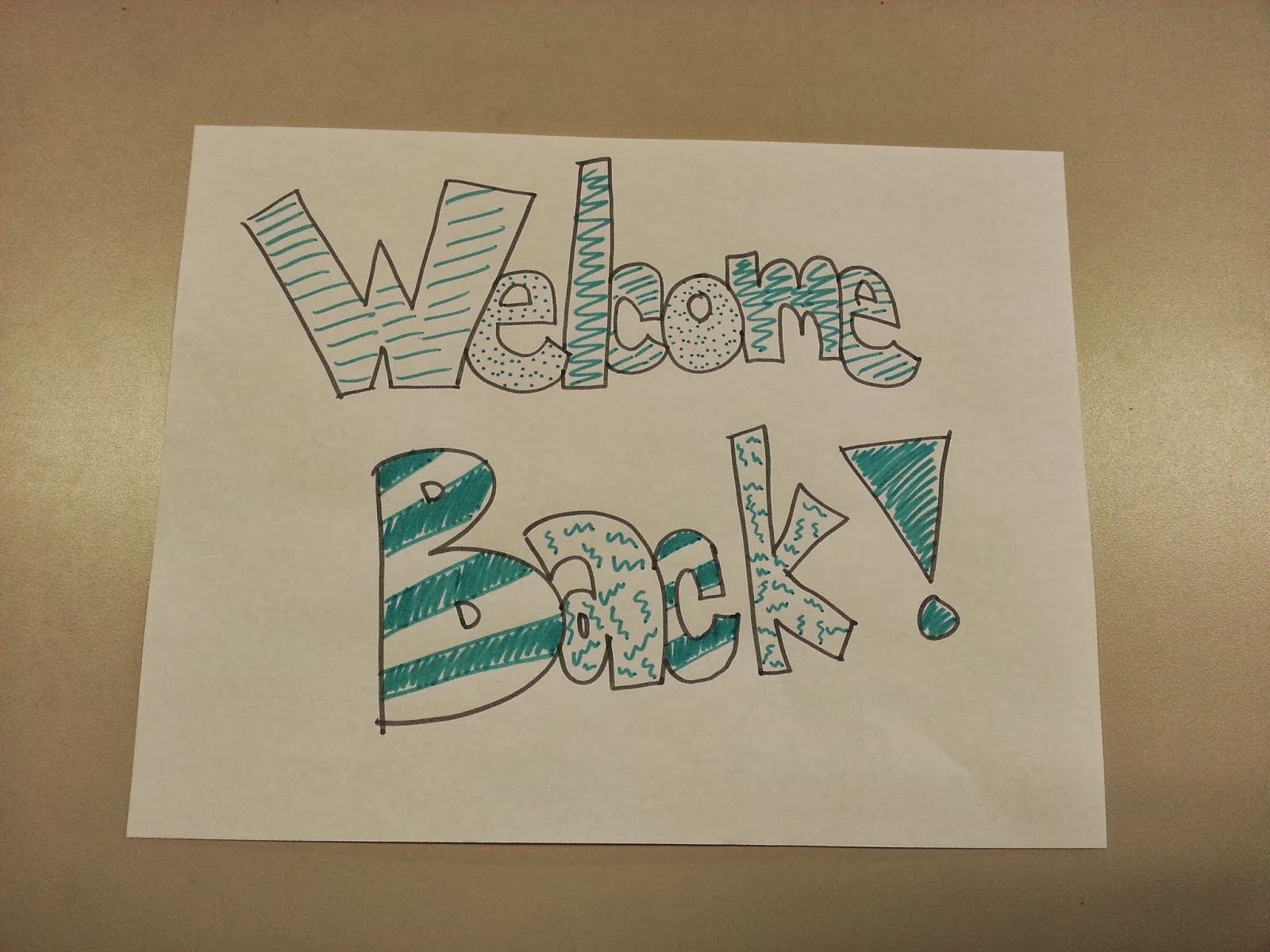 One of our teachers at Logan River Academy missed over a week of school due to a health concern.  One of the students created a poster size “Welcome Back!” card, and gathered comments and signatures from students and teachers.  The teacher was touched when she received it.  It meant a great deal to her to know that the teachers and students missed her after she spent the week at the hospital.